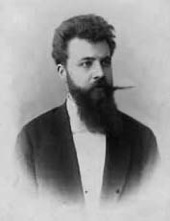 The Viennese composer Jakob Pazeller was born in 1869 in Baden-bei-Wien. At the age of 26 he had become a conductor at the Carltheater in Vienna and then went on to become a military bandmaster in Budapest where he lived and worked from 1906 until 1957 when he died. He credited his musical career to his friendship with Carl Millöcker, who introduced him to Carl Michael Ziehrer at his home in Baden, who in turn encouraged Pazeller to follow a professional musical career, studying also at the Vienna Conservatory. At a relatively early age, Pazeller started composing and by the end of his life had written one opera, 2 operettas, one ballet, 3 overtures and a large number of marches and dance compositions, including his most well known, Souvenir de Herkulsbad waltz. Typical of so many of these composers he is only known for this one work, yet he wrote a lot of talented music, combining Viennese charm, Hungarian passion and melancholy. His grandson carries on the musical tradition, and formed the Jakob Pazeller Orchestra in 2001, which is based in Germany. Our Society performed his Tropenzauber waltz at our last Oxford Ball. Jakob Pazeller died in Budapest.