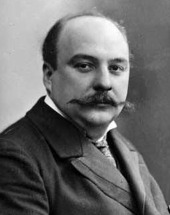 Born in the Czech Republic, Oskar Nedbal studied trumpet, percussion and then violin at the Prague Conservatory but he focused on composition, DvoÅ™ák being his teacher. He joined a string quartet in 1891 as a viola player and pianist and he travelled widely in Europe. From 1896 he also conducted the Czech Philharmonic Orchestra until 1906. He travelled with the orchestra to London in 1902. He then left Prague on the death of his first wife and became conductor of the Vienna Tonkünstlerorchester until 1918. During all of these years he was composing, creating his ballet Simple Johnny in 1902 (from which his most famous work, the haunting Valse Triste, comes). This was performed in Prague and Vienna along with a second ballet, From Tale to Tale in 1908. He produced a number of operettas including Die keusche Barbara and Die Winzerbraut whilst also producing further successful ballet works. In later life following the First World War he received some negative publicity in his homeland so he settled in Bratislava where he became director of the Slovak National Theatre in 1923. He signed a financially disastrous contract which came back to haunt him, meanwhile he conducted the Radio Symphony Orchestra in Bratislava. He made concert tours of Spain and, in 1930, Russia. On his return he committed suicide by jumping from the window of the ballet hall at the theatre in Zagreb as he could no longer face his financial problems.