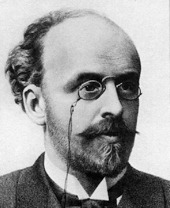 Carl Zeller - perhaps the most remarkable of all the 19th-century Viennese operetta composers - was born in St Peter-in-der-Au, Austria, on 19 June 1842 the son of a local general practitioner.

As a boy he possessed such an excellent soprano voice that, at the age of eleven, he joined the Wiener Sängerknaben - the still-famous Vienna Boys' Choir, whose principal function was to sing at the services in the Imperial Chapel in the Austrian capital. He displayed exceptional aptitude on several instruments and, after his voice broke, he studied composition with Simon Sechter, the teacher of Anton Bruckner, whilst studying law at Vienna University.

For a time Zeller practised as a solicitor before entering the Austrian Ministry of Education and Culture in 1873. As a full-time ministry official, with a gift for melodic invention and an enviable understanding of the voice and ensemble numbers, his composing activities were restricted to his spare time and as a result his seven stage works were spread over a 22-year period.