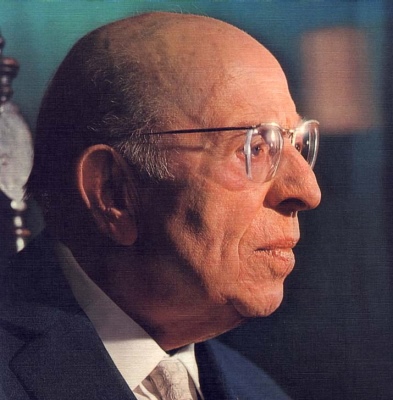 Born in the Austrian city of Graz on 25 August 1880, the twelfth child of the pianist Ida Stolz and her music-school-director and composer husband, Jacob, Robert Elisabeth Stolz was destined from early childhood for a career in music. He gave his first public piano recital at the age of seven to an audience which included Brahms, a family friend and shortly after his eleventh birthday he composed his (unpublished) opus 1, a piano piece, 'dedicated to my kind, beloved Papa'.

His formal music studies under Robert Fuchs and Engelbert Humperdinck led to his first professional engagement as répétiteur at the Graz Stadttheater at the age of 17, followed by conducting appointments at Marburg-an-der-Drau, Salzburg and Brno. In 1907 he became conductor at Vienna's Theater an der Wien, presiding over early runs of operettas such as Leo Fall's Dollar Princess (1907), Oscar Straus's Chocolate Soldier (1908) and Franz Lehár'sMerry Widow (1905) and Count of Luxembourg (1909).

In a life spanning almost ninety-five years, Stolz wrote in excess of 2,000 songs, dances and marches, as well as the music for more than 50 stage works, 60 films and 19 ice revues. With Hitler's forcible annexation of Austria in 1938, Stolz distinguished himself by aiding the escape of innumerable Jews and political refugees across the Austro-German border, before he himself sought refuge in the USA in 1940.

This internationally-fêted 'Grand Old Man of Viennese Light Music' returned to Vienna in 1946, devoting himself to an unflagging schedule of composing, conducting and recording until his death in Berlin on 27 June 1975.

Stolz is perhaps best remembered in Britain for his contributions to the score of White Horse Inn (1931), for the song Waltzing in the Clouds, which Deanna Durbin made her own in his film musical Spring Parade (1940) and for the vocal fox-trot "Salome" (1919), which Petula Clark took into the UK charts in 1961 as "Romeo".

For further information, why not visit The Friends of Robert Stolz Society Great Britain?