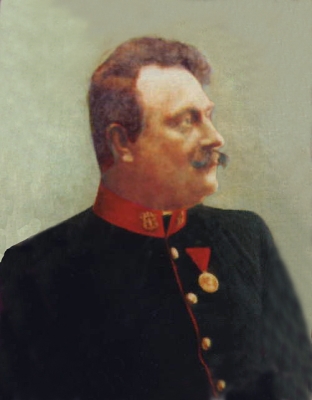 Born in Prague, Fucík remains perhaps the most famous of the Czech light music composers. He studied the violin and the bassoon at the conservatory and composition under Antonin Dvorak. He played in Prague orchestras and moved to Croatia where he also acted as both conductor of the theatre orchestra in Zagreb and a chorus master in Sisak. During this period he wrote chamber music. Like many others, he moved to the military, playing in an Austrian regimental band under Josef Franz Wagner, and later in Vienna under Karl Komzak. Soon he became a bandmaster himself, a position he held for many years where amongst other places he was based in Sarajevo and Budapest. In the last decade or so of the 19th century Fucík composed many of his best works. He returned to Bohemia in 1909 when he reached the peak of his military career and gave huge concerts in Prague and Berlin. He finally moved to Berlin to open a music publishing business, Tempo Verlag, but unfortunately he died early following the hardship of the First World War. He composed not only many excellent marches such as Entry of the Gladiators and Florentiner, but magnificent overtures like Marinarella and Miramare and some exceptional waltzes. He even wrote one operetta and a requiem! In particular his waltzes Winter Storms, Traumideale, and Ballerinas remain classics with his very distinctive use of Czech musical idioms. His works total some 400 and his scores been recently transferred into national ownership in Prague.